W Montreal recently underwent major renovations to its common areas, including the check-in area, lobby, bar and restaurant, as part of a multi-phase repositioning project aimed at updating the banner’s identity and offering. Developed by the firm in 2017, the driving concept boasts museum-style décor inspired by Montreal’s cultural icons, and features revisited artifacts that reflect a forward-thinking city that takes pride in its heritage. Here, we find bespoke metro station furniture; carpets hinting at street art; suspended lighting fixtures inspired by the shape of the cross atop Mount Royal; and illuminated artwork reminiscent of the Quartier des Spectacles and red-light district. The bar bridges the gap between the lobby and the restaurant. Located above a former bank vault, it is a massive block adorned in gold. The Tbsp. restaurant sits in a port-like atmosphere surrounded by azure marble, with a shimmering, wavy ceiling that recalls the St. Lawrence River. 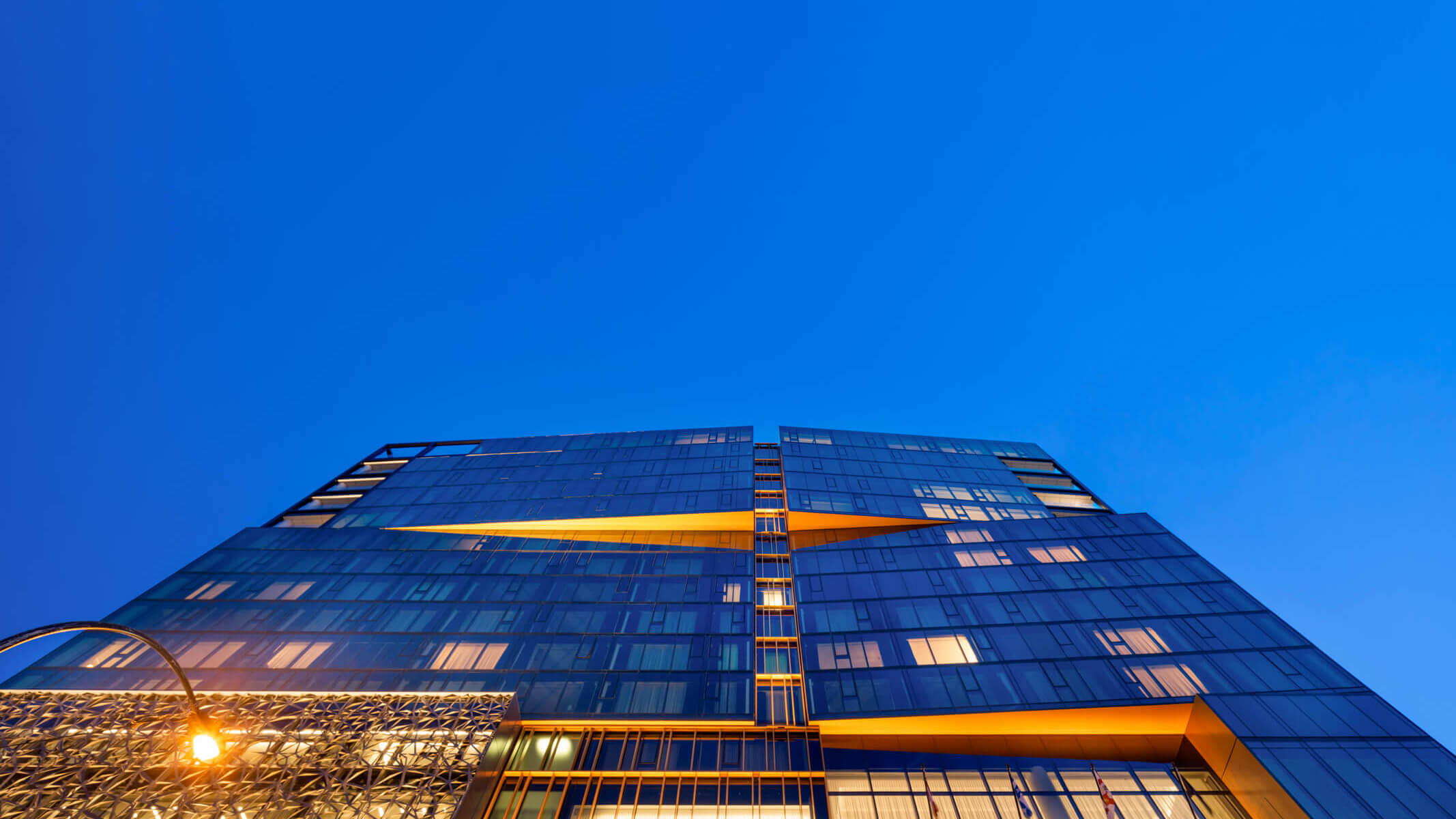